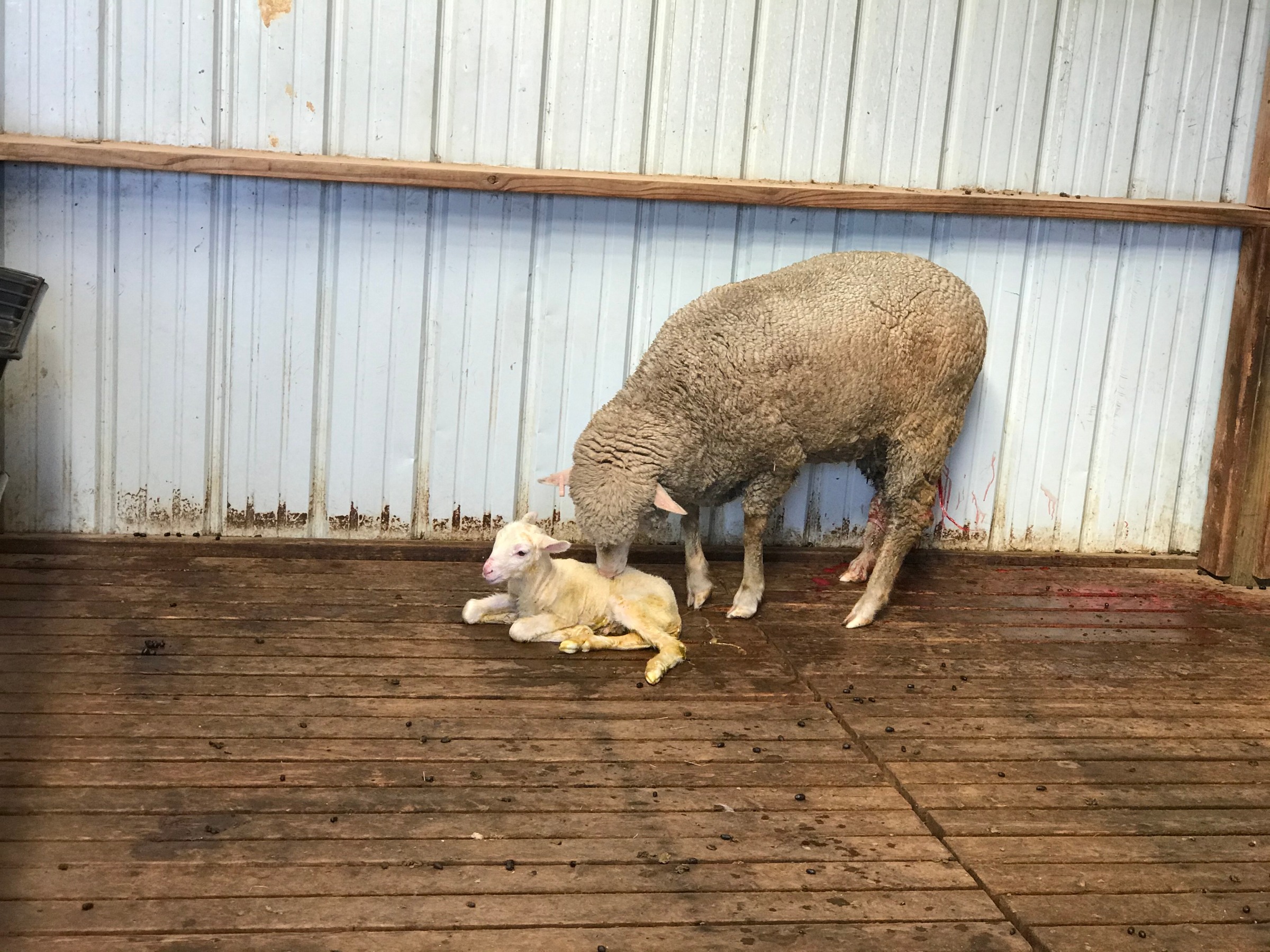 Thursday morning when we got to the barn to let the sheep out for the day, to our delight we found that Sybil was beginning to deliver her first lamb. *graphic alert*

(The pictures to follow are very graphic so if you get queasy you might not want to look;)

The lamb was just crowning (the head was just getting ready to come out) when we got there and we were so excited to watch!! 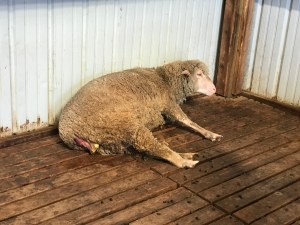 Little farmer thought for sure that she needed help because it took soooo long for her to push the head out, but we left her be and…, 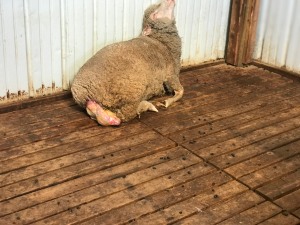 she did great on your own!

It took a while but once the head came out it just took two more pushes and it was all over. 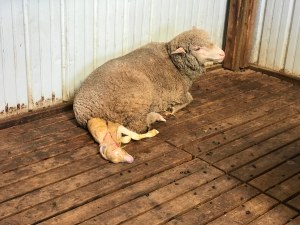 The other ewes took turns coming to greet the new arrival, touching noses with the new lamb (still mostly in the birth sack). It was especially exciting to see his grandmother Wynonna say hello. 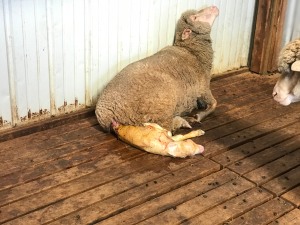 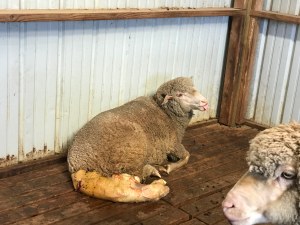 We let the other sheep out to graze and once she had finished licking him clean and he stood up on his own (after two or three falls) we moved them into their own pen with fresh hay and water and gave them some time to bond. We have never had the chance to watch this whole process before or document it so well. 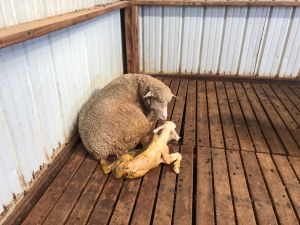 We are so proud of Sybil too, she is a wonderful mamma as are all of our ewe’s. We guessed, after he came out that he was a boy because of how long his torso was, and we were right. He is named Brodi. 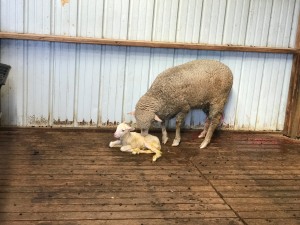 For now we have one girl and one boy, so far we’re even. Three more ewe’s still left to go! We can’t wait to meet the rest of our little lambs and see if there are any twins coming this year!