Cutting the cord – living without television 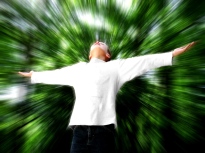 Homesteading is more about what you do than it is about where you are. When it comes to making entertainment choices, many people in the homestead community choose to either go without television completely or at least drastically reduce their consumption of it.

The reasons for such a decision can vary greatly from household to household, but there can be some great advantages from cutting the cord. For us, the decision was actually rather forced upon us. Television had become a way of life for us, like so many families, but once we moved into our new home we soon realized we had zero television reception. Satellite internet was a must for us so we thought we’d just stream shows like we used to on city cable. It took only five minutes of watching the word “buffering” on our screen to realize the bandwidth we were willing to pay for simply wouldn’t cut it when it came to streaming internet TV. We made the conscious decision to try life without television for a while and we have been happily surprised with the results.

I’ll not bore you with dry facts or rote figures on this one. What I can honestly share with you is what we have experienced in our own home over the years. We have not always been a low-TV consuming family. For many years the television actually consumed way more time for us than it probably should have. Like so many other families, there were multiple televisions in our home and the family would spread out in the evening watching a variety of different shows. I remember at one point realizing we weren’t spending enough time together and had the bright idea of “family movie night.” We would make vast volumes of popcorn and all sit together watching a show for a couple hours. It was fun watching everyone laugh or jump out of their seats in unison, but once the movie was over, everyone scattered again.

Now that we have moved to an area where we get absolutely no broadcast reception and have chosen not to pay the high cost of satellite TV, the time we used to spend each day watching television has been replaced with real conversations, game playing, music, and overall great times together. We still do a movie night, but now it isn’t our only attempt to bring the family together.

There certainly are interesting and educational programs on TV, but to be honest, most of the time spent watching those shows, for us, was just another way to kill time. Every now and then some interesting fact or event would transfer from the screen to our memory, but probably not too often. We rediscovered a love for books, and not only that, but a trip to the library has become a new and fun adventure for us. Sure there are plenty of times we’ve picked up a book only to set it down after only a few minutes, but we seldom turned off the television even if a show was boring.

If you regularly watch television and later wonder why you can never get anything done, join the club! I don’t have a clue what the statistics are on this one, but I am certain that the biggest reason for not having time for anything else is due to time spent watching TV. We’ve found so much more time for crafts, hobbies, necessary chores and even just spending time getting to know each other. Every tick and tock of the clock is another second you can never get back and the television is an eager thief.

Running a homestead like ours takes a lot of work, but there is some amount of free time left for doing other things. In the city those times would often become a ripe field for TV binging. Out here on the homestead, getting to know our land is so much more entertaining. I have found that watching our sheep play or discovering new and interesting plants to be far more rewarding than watching reruns I’ve seen a dozen times before.

Cutting the cord may not be for everyone, and like I mentioned earlier, we still make time for movies now and then. We’ve definitely become more discriminatory in the things we watch because it has become a planned event rather than simple happenstance. We really do want to actually enjoy the time we choose to watch television and make a concerted effort to ensure that the videos we rent or check out from the library are good, decent entertainment for our family. Of course the quality of movies in recent years has degraded to the point that we watch fewer and fewer shows. But that’s perfectly alright with us as we have found so many other ways to celebrate our limited time together.

2 Comments on “Cutting the cord – living without television”