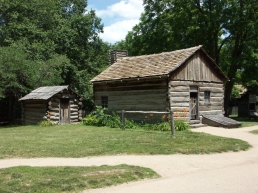 Most of us get an image in our mind when we hear the word “homesteading.” There’s the little log cabin on the top of a wind-swept hill or a rustic log home on the edge of a deep green forest. Carefully planned fields growing tall with corn, wheat, or other familiar crops are blowing in the gentle breeze. But who among you see a typical house in the suburbs with a modest garden growing in the backyard, or even a simple loft apartment in a bustling city with nothing more than a small planter full of herbs growing just outside the window?

There is good reason that the former images are those that are most prominent. Throughout most of our history, a homestead was thought of as a specific piece of land that was either purchased or granted to a family or individual. There were specific stipulations to maintain on this land, typically involving actively farming it for a period of years, after which the ownership may officially transfer to the occupier.

This type of homestead farming gave rise to the millions of small family farms that dotted the landscapes across North America from  coast to coast. The lure of freedom and peaceful living drew people away from the cities and encouraged the settling of this vast nation. The trend continued for several hundred years until the industrial revolution began drawing hungry, overworked farmers back to the cities.

In time, the cities grew ever and ever larger and with that growth came many discomforts that made people once more re-think their ways of living. The homesteading “movement” quickly took hold. Many people, us included, were drawn to this renewed interest in homesteading through blogs, videos and even popular television programs that highlighted the beauty and adventure of returning to a more natural state of life. The result is a combination of modern ideas mixing with traditional views and today’s “homesteading” is more of an ideal to pursue.

Because today’s homesteading is different, in many ways, than the traditional view, it is best to clear the air on what this lifestyle is not before trying to better understand what it is: 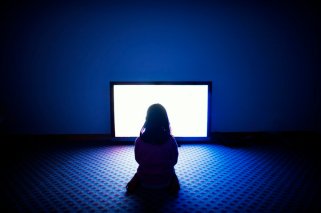 Purchasing a couple acres just outside the city, building a big new home, waking up in the morning to commute to a job in the city and then returning home in the evening to watch television is NOT homesteading. This kind  of lifestyle may qualify as living in the country, but it is far from what I believe homesteading actually is. Urban sprawl spreads into rural areas for many reasons, but this type of escape really only serves to carry the problems of the city into the areas around it. Many people relocating to small towns do so for economic and safety reasons, but they really have no interest in altering their way of life.

There are many others though who see something fundamentally missing from their crowded, busy city lives and want to make a change. This group is what has become known as the “homesteading community.” Many of them have made the big leap of faith and moved away from the cities, further still from the urban sprawl. Others, for one reason or another, remain in the cities, but are looking at their lifestyle in a different light.

To better define what modern homesteading is, Wikipedia defines it as:

“Homesteading is a lifestyle of self-sufficiency. It is characterized by subsistence agriculture, home preservation of food, and may also involve the small scale production of textiles, clothing, and craftwork for household use or sale.”

In essence, the amount of land you live on or the size of the house that you live in isn’t the qualification for the homestead lifestyle. Neither is financially providing for your family by working in the city or earning your income solely from your family farm. What sets the “homesteader” apart is an active and engaged interest in becoming more self-sufficient and about the natural world around them. It is about the realization that we can experience the joy of raising some amount of our own food and that not everything has to be purchased from a store. There is a great deal of satisfaction derived from realizing accomplishments through hard work and persistence. The idea of investing time outdoors whether it be any combination of tending livestock, gardens, orchards, or simply engaging with and learning from nature is at the true heart of the homestead lifestyle.

Throughout our Homesteading 101 series, we will touch on many areas and ideas central to the homesteading theme. If you are new to this concept and aren’t sure how you could ever find a way to leave the city behind, rest assured there is a place for you on this journey.

Remember that Modern Homesteading is a change of mind that does not necessarily mean a change of location. Wherever you are right now, you can join the rest of us in finding brand new ways of thinking and experience the many joys and rewards along the way. Our family experienced several years of dreaming, planning, trying, and sometimes failing to get to where we are now. Even so, we still feel like we are at the very beginning of our own journey. It is just as exciting for us to learn new things from others as it is to share the lessons we’ve learned along the way with those who are on similar paths.

We don’t always have the answers, but we do love the learning that comes from asking and answering questions, so please share with us as we tackle the Homesteading 101 topics together.

← Time travel – back to winter
Spring-The Season of Adventure →

for the love of making yarn