They (don’t) call me the donkey whisperer 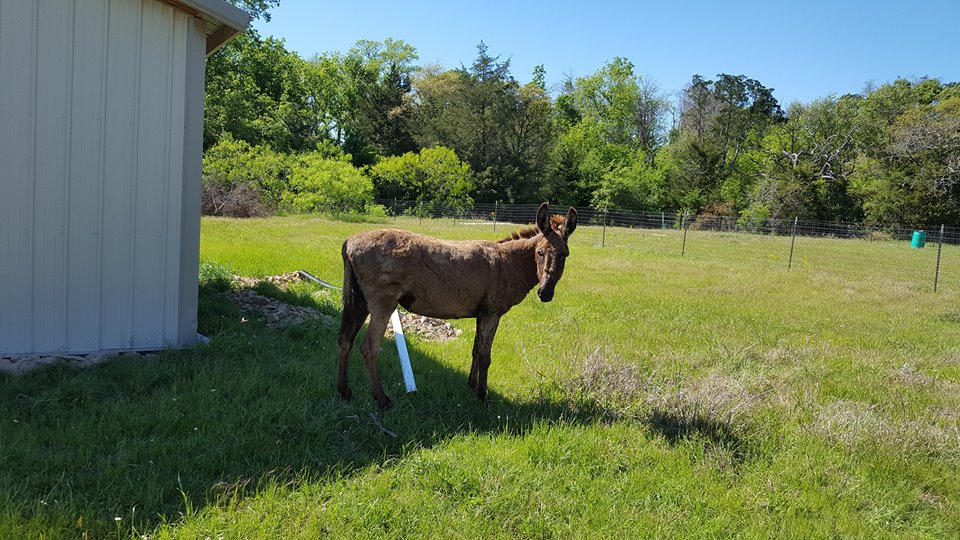 Shortly after we moved onto our farm a new farmer friend donated a donkey to us. This was a “surplus” donkey they had no use for and had in all sense been running wild on his property for about two years. We really didn’t know what to expect from the donkey we named Ruth when she first arrived.

Over the past couple of months she has proven herself to be a valuable member of our farm family. She has bonded extremely well with the goats and is already showing sign of doing the same thing with the sheep. If a large donkey hanging around our other animals would help keep them safe that would be enough for the free gift. Thankfully though she has gone above and beyond mere livestock protection.

Ruth does a great job of keeping the animals together and has even served to herd them towards the barn in the evening. It is an amazing thing to watch her plod along behind the others encouraging them forward.

The one thing we had not been able to accomplish with Ruth was a level of trust between herself and humans. She has been in need of a good brushing and there are a few areas that we would like to get close to and see better in order to make sure she is healthy. Unfortunately she is so wild that she won’t allow people to get closer than about 5 feet. That was until last night and it all happened by accident.

She is so closely bonded with one of our goats that in the evening they can be difficult to separate. Two nights ago was just such a night. It was getting late and all the animals were in the barn, but I could not get little Amelia (the goat) into her pen and she kept hiding under Ruth as been her practice if she doesn’t want to do something. I had to get them apart and the only thing within my reach was a small toy rake. I picked it up and gently touched Ruth’s back to let her know I was there and wanted her to stay there. At first she didn’t seem to happy about it, but she let me keep the rake on her.

Once I got Amelia into the pen I decided to try the rake again. I put it gently on her back and began to scratch her back. She remained nervous, but obviously enjoyed the sensation. We did this for about ten minutes and I let her be. The next night I tried it again and she was much more relaxed and really enjoyed it. I decided to be a little braver and got within a foot of her side and reached out my hand. Her muscles twitched the second I touched her, but she didn’t move. I put the rake away and approached her again and she let me put my hand on her again. It felt great to be able to finally make that connection with her!

This morning, just to see if it had been a fluke, I tried it again and she let me rub her back. I’m not sure if she will let me do so outside the confines of the barn, but it is a huge step forward for her and for us.

← Spring on the homestead
Father’s Day and Dodging a Bullet →

One Comment on “They (don’t) call me the donkey whisperer”